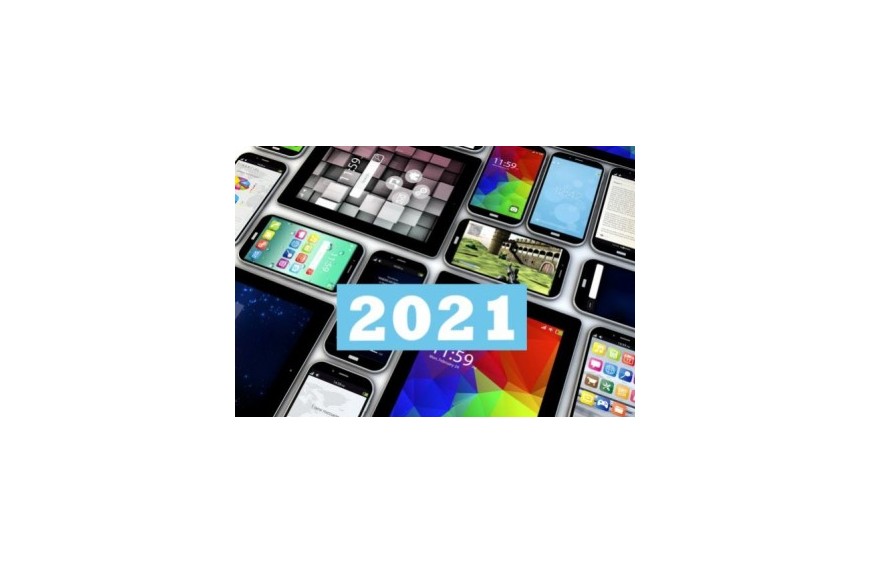 The year 2021 has only just begun and yet several new smartphones from the top manufacturers Apple, Samsung and Huawei have already been announced, or at least rumoured. In this article, we show you which of them you should take a closer look at this year.

The latest model of the S-series of the South Korean manufacturer will be presented on 14 January. This means that a timely sales launch is not inconceivable. Official details of the smartphone have not yet been announced, but rumour has it that it will once again be launched in the three versions S21 / S21 Plus / S21 Ultra. There has also already been a Leak about the specs of the S21 models. A look at these suggests that there will probably be no big revolution. Nevertheless, the new models should mean another step forward for the Galaxy S series.

Compared to the Galaxy S21, there are still few rumours about the Huawei P50. Nevertheless, a presentation of the new model of the P series is expected in spring. There are rumours that for the first time in the P series, there will be three variants of a model in the P50 instead of just two. It is also expected to be the first phone with Huawei's own HarmonyOS operating system.

Besides the S-series, Samsung is expected to focus on foldable smartphones. According to rumours, the Galaxy Z Fold 3 will be released in June 2021. New features are said to include compatibility with the S Pen and several different hinge adjustment angles. In addition, a new Z-Flip 3 could also appear. And a cheaper foldable model is also rumoured to appear.